Tackling Opportunity Gaps by Investing in Networks, Not Just Skills In order to reduce gaps in educational and professional opportunities for today’s young people, it’s imperative that we look beyond skill sets alone and strategically invest in student networks. A student can have the strongest skills in a particular area, but without the proper support system, might not be able to access the same resources and opportunities as peers who are more well-connected.

But how can we ensure that students are able to tap into networks to expand their prospects for success, particularly in underserved and underrepresented communities? In an ASA-sponsored panel at the 2021 ASU+GSV Summit, which drew more than 400 attendees, we heard from leaders who are working to tackle the equitable disparities that exist in leveraging networks and support systems for future success.

Here are our key takeaways.

Sometimes all it takes is one person or one conversation to put a young person on a path to success.

Sheila, who is a first-generation American, described an early conversation she had with a mentor that altered the course of her life for the better: “I made one critical call when I realized I was ready to take the plunge into entrepreneurship, to a mentor that I had sought out and cultivated. And I will never forget it. I said, ‘I think I’m ready to do this.’ And she said, ‘don’t look back. You’re doing it.’” Had Sheila spoken to someone else who was less direct and encouraging, things might have turned out very differently for her. “It gave me so much courage to take the plunge,” she explained.

Aimee echoed this sentiment, explaining that one mentor early on in her career opened the doors for her when she asked Aimee to take over human capital at Teach for America. In doing this work, Aimee was able to clearly see the disparities in college admissions and earning potential among underrepresented populations, which then inspired her to create Braven.

There are different levels of investment that can stem from a networked pathway.

In addition to the emotional and inspirational investment that networks can provide, there is also opportunity for financial investment. Chris described a relationship with the Bill and Melinda Gates Foundation, which provided research funding for the work he sought to do. “[That funding] got me out of my own way to look at this problem of career pathways a lot differently than I had before – and it serves as the foundation for what we’re doing at Mentor Spaces,” he elaborated.

Building a network requires creating new relationships, but it’s also important to look at students’ existing communities and grow from there.

Andrew of Big Picture Learning emphasized the need to look at who students already have in their lives when looking to build networks: “We need to be really careful not to diminish students’ families and communities by inappropriately and inaccurately focusing on what’s missing.” Working with students’ families and communities, he says, is critical to long-term success, and can lead to further expansion of networks down the road.

According to Sheila, it comes down to students being able to recognize what they want to accomplish and who can potentially help them get there. “We can build the knowledge gap or the muscle memory for, ‘how do I reach out to the person I need when I need them?’” she explained. Once you’re able to establish that mindset, it becomes much easier for a student to create opportunities and grow their networks.

Chris explained that at Mentor Spaces, they are very intentional about building technology to facilitate conversations with people in-the-know. Technology, he explained, has helped to bridge some gaps in access to mentorship and career guidance in a way that was not previously possible. It has also facilitated the ability to scale the program and enhance the work that’s already being done.

Similarly, Sheila has seen technology as a boon for Basta, particularly in relation to the assessments and activities students are able to access on their phones that allow them to get a sense for what they’re interested in and what potential paths they can take in life, which in turn lead them to finding the right mentors to suit their needs.

Andrew agreed that technology is a crucial component to ensuring access to networks, particularly as he discussed Big Picture Learning’s new tech initiative, ImBlaze, which helps students keep track of their internship and mentorship progress and professional contacts in one platform.

Building networks that last hinges on a high level of shared interest and a sense of community.

Creating networks, Andrew says, is about an “intentional disruption of individual competition” in favor of working with others to reach solutions and lead communities. Chris agreed, adding that it’s important to “build reciprocity, which basically comes back to the quality of relationships and community as a whole.”

In order to foster community and build networks, the panelists agreed that it’s important to recognize a shared sense of responsibility from both a mentor and mentee perspective — and that the ability to impart and receive knowledge from those who’ve walked the walk is absolutely critical to tackling the issue of equity in networking.

Thank you for reading! What are your experiences with leveraging networks, and how do you see this evolving in the future?

Check out these related articles Career Readiness: How Can We Impact Millions of Teens Immediately?

Learn what works and what doesn’t when trying to to help Gen Z learn about careers and navigate a path for postsecondary education and career success. 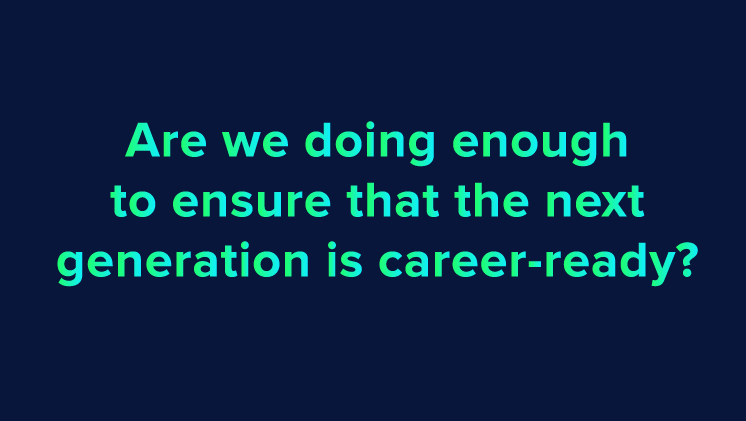 Gain insight into how different organizations are using out-of-school time to prepare young people for the future. The Impact of Early Career Exploration

Learn about ASA’s focus on helping middle and high schoolers navigate a path to postsecondary education and career success.