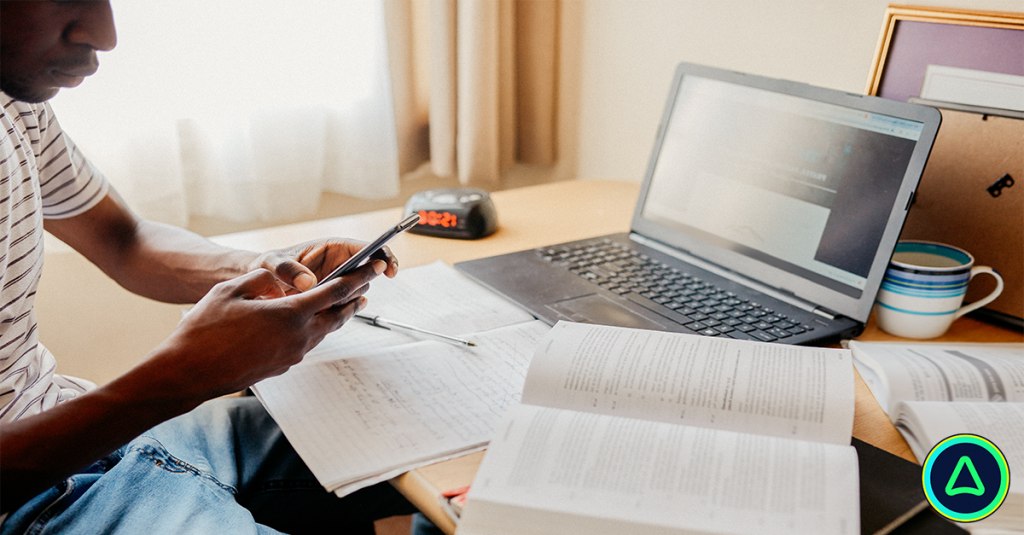 Half of career navigation products serve the post-secondary market, while only 19% serve K-12 students. It is unsurprising then that middle and high school students feel uncertain when making decisions about their future education and career aspirations. In fact, our research at American Student Assistance (ASA) shows that a majority of Gen Z students experience feelings of anxiety, nervousness or being overwhelmed when they need to make decisions. One Midwestern high school student told us, “I had no idea whether this was a significant decision [or] what impact either decision had.”

As we all know, Gen Z students are digital natives. Research from Pew shows that 95% of all U.S. teens say they have access to a smartphone; on average, this age group checks their devices 16 times per hour, and reports spending 12.5 hours streaming videos on their devices each day. At ASA, we conducted research to understand if there was a way to meet middle and high schoolers where they are when it comes to making important future decisions. We discovered that Gen Z isn’t only using technology for social media and entertainment, but also to help make informed decisions about their futures.

Gen Z is spending some screen time exploring career opportunities through their phones and other devices. One in three high schoolers surveyed by ASA is using an app to explore a career field. Additionally, nearly half of the 600 students surveyed report getting information about future careers and fields from social media. Interestingly, a large majority of teens report discussing decisions with their support network, too; however, they first research on their own.

With research to confirm our beliefs, ASA quickly recognized that young people in Gen Z are operating from a place of anxiety when making decisions about their futures and they are initially looking for informative sources on their phones or from another device. To address this, ASA launched a new career exploration tool called Futurescape to help teens in this quest. Since its launch in May 2020, more than three million teens have used the platform and nearly 2,000 surveyed users have been extremely enthusiastic about the tool, with 92% of those surveyed rating Futurescape as “excellent” or “good” overall.

In addition to self-directed research, Gen Z also relies on their personal connections (parents, friends, and other family) and experts (academic counselors, teachers, other advisors) to make decisions about their education and career pathways. Nearly three-quarters of teens report consulting their personal connections and experts for financial decisions, education and career decisions, and future decisions.

Futurescape can therefore help bridge the gap. ASA’s solution in creating a mobile-first technology focused on career and education discovery for young people meets teens where they are and empowers them to explore their passions. In turn, decision anxiety can lessen and career planning conversations with teachers, counselors, and parents can be more informed and more impactful.