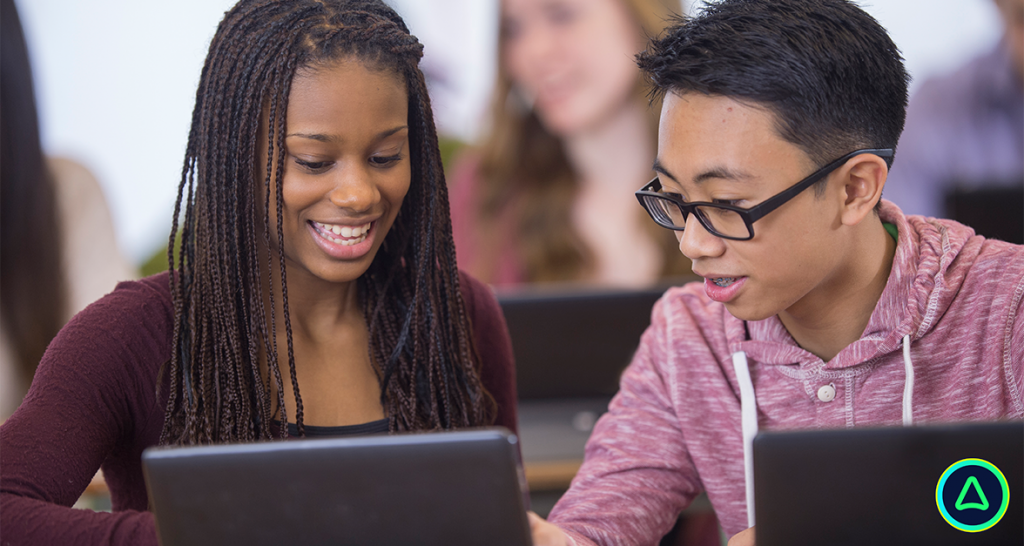 The pandemic has served as an accelerant to many of the forces that were already impacting education in America. Specifically, it has caused us to take a hard look at some of the things we have tended to see as foregone conclusions, like the idea that every student should strive to go to a four-year college. Is that conclusion still the right one? Or are non-college, permeable pathways, long considered to be “alternative”, now worth a closer look by educators, parents and counselors? Are these diverse pathways becoming part of the public consciousness, or do teens lack awareness that the options even exist? Micro-credential providers have long struggled to be taken seriously as offering mainstream, non-college alternatives. But the low price point, flexibility, and highly personalized nature of non-college options (and the willingness of some employers to accept new kinds of credentials) may warrant further examination. Many believe that non-college options — like those offered by EdX, Coursera, and others — should become a ubiquitous part of how teens are counseled about their futures.

In order to have a serious conversation about non-college pathways, it’s important that we understand how (or indeed, if) teenagers perceive and understand them. To do so, we conducted a poll of our Project Waypoint community, an online community of teens[1] from across the country who provide feedback to ASA on an ongoing basis, in April 2021. Here’s what we learned:

Some 59% of teens report that they are totally unaware of pathways that lead to certification and micro-credentials, as opposed to a degree. Just 15% of teens report being aware of these programs. (To anyone working in or around the ed-tech world, this stat will highlight the great disconnect between the many non-college options that actually exist –and have existed for many years now– and the continued lack of public awareness about them.)

3) Gap years seem to be growing in popularity, but are also not widely pursued

The gap year seems to be enjoying newfound popularity, some sources claim.  A gap year is a year of travel, work, internship or other life experience that begins immediately after high school, typically with a plan to enroll in college at its conclusion. However, sixty-seven percent of students told us they were either unlikely or very unlikely to take a gap year, and 18%were unsure. The few who did plan to pursue a gap year shared that they would use the time to work (31%), travel (27%), or earn a certification/micro-credential (17%), among other things. There seems to be a connection between age and the unlikeliness of taking one, meaning younger teens may think this sounds like an attractive idea, but when they approach graduation, they opt against it.

It’s been widely reported that the number of high-paying jobs that don’t require a college degree has grown in recent years. But students’ awareness of those jobs hasn’t kept up. This tracks with students’ perception that four-year college is really the only path worth taking. Eighteen percent of students were totally unaware of non-college-requiring jobs, 37% reported being a little aware, 34% were somewhat aware, and just 11% said they were very aware. How the students gained their awareness seems to be a mixed bag, with online career search tools (57%) and discussions with friends (57%) leading the way, followed by social media (52%). Just 30% learned about them from teachers, 28% from school counselors, and 42% from family members.

So, given what seems to be a problem of awareness, we had to ask…where are they getting their information?

5) Family members have the most influence on teens’ decisions, and less than half of teens get advice from school counselors

Perhaps it comes as little surprise that family members are the most influential people in the lives of teens regarding careers and education after high school. Sixty-six percent of teens reported that they get their advice on these matters from family members, followed by friends and classmates (53%), then teachers/administrators (43%). What is somewhat surprising, however, is that less than half (just 44% of the teens we surveyed) get advice on careers and post-secondary education from school or guidance counselors…the very people typically thought to be most influential in this area. (The overwhelming caseloads of school counselors, as well as ineffective counselor-to-student ratios may be to blame here.) And in a very honest admission, 30% of teens reported that they get advice from the media, to include TV, movies, video games and social media.

The above research demonstrates a vast opportunity to educate and inform educators and counselors, and thereby students, about a number of viable non-college educational alternatives, as well as the careers that align to them. And from there, the sky’s the limit in terms of opening new doors for today’s teens. But it also demonstrates an opportunity for employers to rethink their own acceptance of credentials. Different and more diverse talent pipelines are needed to solve the overwhelming skills and equity gaps — exacerbated by the pandemic — that are facing the country, particularly in certain high-demand career areas where those gaps are most noticeable. Non-college credentials and pathways to careers can help fill that need,  serving as bridge-builders between education and the workforce.

There is much more to this topic than I’ve captured in this post. To learn more about how non-college educational and work pathways are perceived and to read my recommendations for how to educate students in this area, read our SXSW EDU-approved white paper Accepting That College is No Longer A Panacea and watch our SXSW EDU session recording.